The following appeared on Bloodhorse.com and is an early look at handicapping Saturday’s Belmont Stakes. Justify will go for the Triple Crown in the Belmont. Advance betting is available at the four Virginia OTBs beginning Friday June 8th at 11 AM and continue until 11 PM that night. Day of wagering will be available again June 9th beginning at 11 AM and continue until post time.

With a little more than a week remaining until Justify seeks Triple Crown glory in the Belmont Stakes (gr. I) at Belmont Park, I thought now might be a good time to examine the potential pace of the race and how it might affect the outcome.

Three years ago, when American Pharoah was bidding for the Triple Crown, I wrote an article detailing how the three-quarter mile and one-mile fractions could be instrumental in determining whether American Pharoah’s quest would end in victory. As it turned out, the essence of my analysis was correct—American Pharoah was able to secure a clear lead while setting more modest fractions than those faced by the likes of previous Triple Crown hopefuls Smarty Jones and California Chrome, and the result was an easy victory. 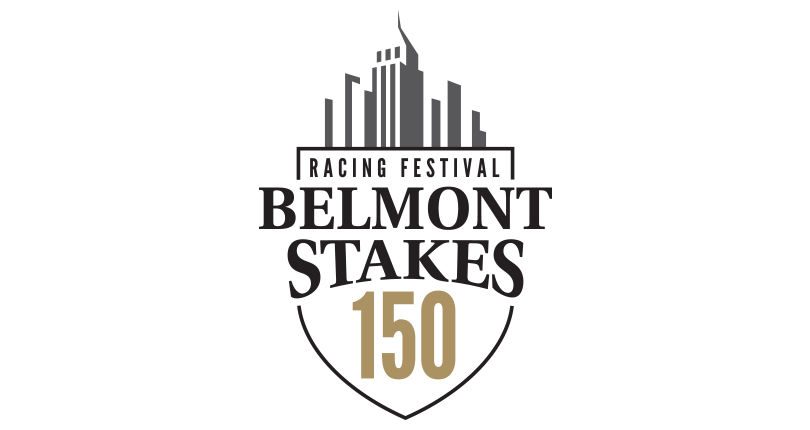 Now we’re left to ponder whether the unbeaten Justify can secure the same ideal setup as American Pharoah, or whether he’ll face increased pace pressure that could result in an upset. Will Justify get away with six furlongs in ~1:13 2/5 and a mile in ~1:38, leaving him with enough in the tank to sweep the Triple Crown? Or will the pace intensify during the second half-mile, putting him at risk of defeat?

A glance through the prospective list of starters for the Belmont Stakes reveals that a slow pace is certainly a possibility. As of May 30th, the Daily Racing Form lists twelve horses as possible for the Belmont Stakes, and several have shown no particular inclination or ability to race on or near the pace. That group includes three European contender—Bandua, Gronkowski, and Seahenge—as well as last year’s Breeders’ Futurity (gr. I) winner Free Drop Billy, the recent Peter Pan Stakes (gr. III) winner Blended Citizen, and the Florida Derby (gr. I) runner-up Hofburg. The latter three colts have never been closer than third place at the first call in any of their races. Vino Rosso has shown a little more speed in his career, but overall has been more of a mid-pack closer, a running style he employed with success in the Wood Memorial Stakes (gr. II).

Two other potential starters have shown the ability to race close to the lead on occasion. Bravazo won the Risen Star Stakes (gr. II) after pushing the pace in second place for much of the race, while Tenfold broke his maiden in gate-to-wire fashion at Oaklawn Park. But overall, Bravazo and Tenfold have seemed more effective when rallying from a few lengths off the pace, as they did when finishing second and third behind Justify in the Preakness Stakes (gr. I).

So who does that leave to challenge Justify for early supremacy in the Belmont Stakes? The most likely candidate might actually be Justify’s stablemate Restoring Hope. The son of Giant’s Causeway vied for the early lead when breaking his maiden at Santa Anita in February and ran an even race when third at every call in the Wood Memorial (gr. II). He failed to flash his typical speed when finishing twelfth in the Pat Day Mile Stakes (gr. III) last time out, but that race was contested over a sloppy, sealed track and Restoring Hope never threatened, so he might not have cared for the going.

Trainer Bob Baffert has stated that Restoring Hope could serve as a pacemaker for Justify in the Belmont Stakes, giving the Derby/Preakness winner a target to chase while simultaneously giving Restoring Hope a front-running trip that should suit his grinding style and give him his best chance at victory. Having Restoring Hope carve out a modest pace on the front end could be a perfect scenario for Justify, who seems to be at his best when allowed to track another runner through the early stages of his races.

The wildcard in this scenario, and the horse that could have the biggest impact on the pace, is Noble Indy. The speedy son of Take Charge Indy was no match for Justify when finishing seventeenth in the Kentucky Derby, but the combination of a blazing pace, a sloppy track, and a wide trip surely hurt his chances. Previously, Noble Indy had tracked a fast pace while winning the Louisiana Derby (gr. II), and he also broke his maiden in gate-to-wire fashion sprinting seven furlongs at Gulfstream Park.

Noble Indy has the speed to set or push the pace in the Belmont Stakes, and if he applies pressure to Justify during the second half-mile, he could potentially make things tricky for the Triple Crown aspirant. But the question is this—will Noble Indy use his speed? Noble Indy is owned in partnership by WinStar Farm (the majority owner of Justify) and Repole Stable (who owns a share of Vino Rosso), which could make things tricky from a tactical perspective. If Noble Indy goes out fast, it could benefit Vino Rosso while putting Justify at a disadvantage; if Noble Indy takes back, he won’t be doing Vino Rosso any favors while conceding the advantage to Justify.

The way I see it, this actually leaves the strategy for Noble Indy relatively clear. Three of his four best efforts, including his Louisiana Derby victory, came when Noble Indy tracked the pace, so unless he draws an inside post and is forced to commit to the lead, I expect to see Noble Indy settle close to the pace in the Belmont Stakes without getting aggressive in battling for the lead. This strategy would be in line with Noble Indy’s established running style and could give him every chance to win or hit the board without particularly compromising either of his stablemates.

In essence, my feeling is that the pace of the 2018 Belmont Stakes could be more contested than in 2015, when American Pharoah assumed a clear lead and never looked back. But while this might be the case, I don’t believe that the pace fractions themselves will be especially fast (perhaps six furlongs in ~1:13 and a mile in ~1:37 4/5) giving Justify every chance to win the Triple Crown if he is good enough.

How do you think the pace of the Belmont Stakes will unfold?

J. Keeler Johnson (also known as “Keelerman”) is a writer, blogger, videographer, handicapper, and all-around horse racing enthusiast. A great fan of racing history, he considers Dr. Fager to be the greatest racehorse ever produced in America, but counts Zenyatta as his all-time favorite. He is the founder of the horse racing website www.theturfboard.com.