The nominations for the National Thoroughbred Racing Association Moment of the Year came out last week, and the choices pretty much serve as a microcosm of the events that made 2018 a special time for horse racing fans. The 12 choices involve a wide variety of events that range from great victories, to milestone events, to significant legislative changes, to the passing of an iconic figure.

The winner will be chosen from a fan vote, and you can vote by going to https://www.ntra.com/eclipse-awards/2018-moment-of-the-year/

For some insight, here’s a look at the 12 nominees:

1. #GUNRUNNERPEGASUS: In the final start of his career, Gun Runner turned in a brilliant performance as he fended off a bid from West Coast and captured the $16 million Pegasus World Cup at Gulfstream Park. Considering how much he improved from 3 to 4, it was unfortunate that he only raced once at 5, but that one performance was indeed memorable.

2. #SPORTSBETTINGLEGAL: Without question, the Supreme Court’s decision that opened the door for New Jersey to handle sports wagering had the most profound impact on the gambling landscape in decades. How it will impact horse racing remains to be seen, though the early returns are promising. Overall, it’s another sign of how horse racing’s link to wagering is not much different than pro sports’ association with it.

3. #JUSTIFYTC: This time we didn’t have to wait 37 years for another Triple Crown winner. Three years after American Pharoah’s hat trick, Justify swept through the Kentucky Derby Presented by Woodford Reserve, Preakness and Belmont Stakes Presented by NYRA Bets (all G1) to become the 13th Triple Crown winner. He did it in electrifying fashion as an undefeated 3-year-old who broke the “Curse of Apollo” by becoming the first horse since 1882 to win the Kentucky Derby without the benefit of a race at 2. His Derby win was impressive, his Preakness win in the fog unforgettable, and his Belmont win was filled with post-race controversy for the riding tactics. All in all, it made for a historic and special moment. 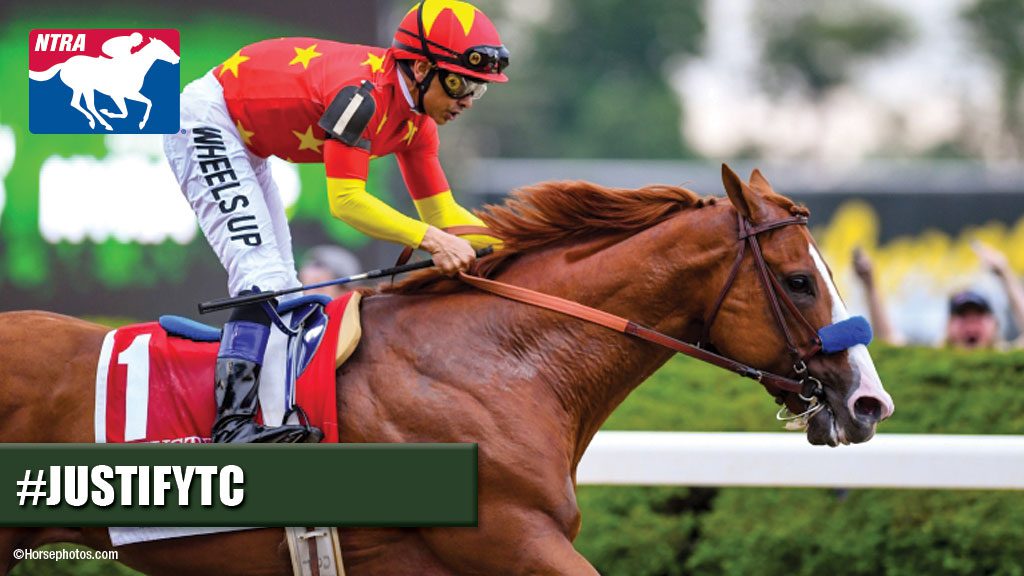 This is an uncoupled entry with #2. Thanks to the Supreme Court’s decision, Monmouth Park is now accepting sports bets, which should be a life preserver for the New Jersey track that was in desperate need for an alternative source of revenue.

5. #DIVERSIFYWHITNEY: The 2018 Whitney Stakes (G1) at Saratoga Race Course, along with the Preakness, was one of the most surreal races of the year. It started with lightning and intense rain that delayed the start of the race by about 41 minutes, but none of that mattered to Diversify who provided a heartwarming victory. In winning Saratoga’s premier race for older horses, the New York-bred delivered a highly emotional victory for trainer Rick Violette and co-owner Ralph Evans, both of whom battled cancer. Sadly, Violette, one of New York’s most respected trainers and a longtime leader of the New York Thoroughbred Horsemen’s Association, lost his struggle with the disease a few months later and died Oct. 21. 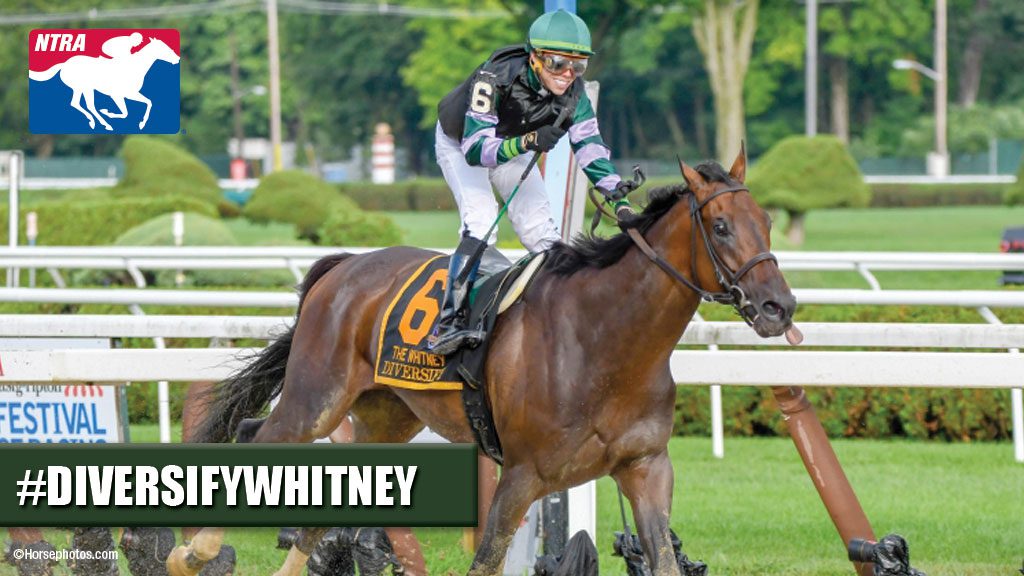 6. #RIPCOT: The racing industry lost one of its most popular and important figures Oct. 27 when Cot Campbell passed away at the age of 91. Campbell was a pioneer of racing syndicates through Dogwood Stable and today’s litany of partnerships reflects the immense impact he had on the sport and how he helped to shape the structure the sport. 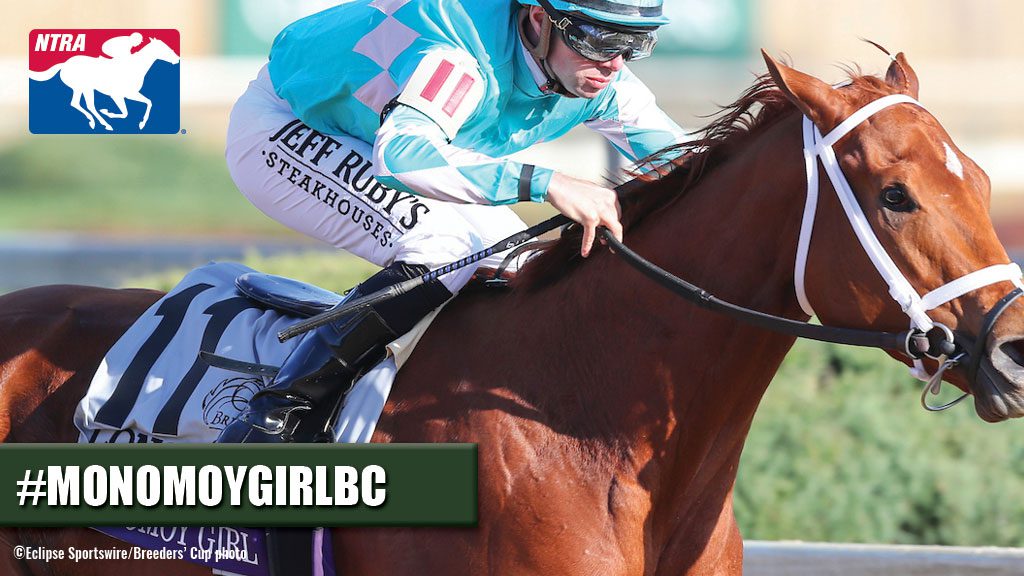 11. #STEVENSRETIRES: On Nov. 20, injuries finally caught up with Hall of Fame jockey Gary Stevens, who announced his retirement, ending a career that spanned nearly 40 years. He rode 5,187 winners, including nine Triple Crown wins and 11 victories in the Breeders’ Cup. He finishes ninth in North American earnings with $258.2 million. He will be long remembered for a platoon of classic rides, such as Beholder in the 2016 Breeders’ Cup Distaff, Winning Colors in the 1988 Kentucky Derby and Victory Gallop in the 1998 Belmont Stakes. Away from the racetrack, he enjoyed his moment in the spotlight by playing George Woolf in the movie “Seabiscuit.

12. #JOHNNYV6000: On Nov. 30 John Velazquez, the sport’s all-timer leader in earnings, won his 6,000th race. It was a highly fitting milestone as it came at his home base of New York while riding a horse trained by his tag-team partner in so many of those 6,000 wins, Todd Pletcher. Together Johnny V and Pletcher have amassed at least 1,750 wins and registered more than $145 million in earnings. Both are unofficial industry records that may never be broken. If Johnny V. gets the trophy, a piece of it should definitely go to Pletcher.

So, who gets the nod?

Of the two, Justify stands out. When you’re old enough to endure a 37-year wait between Triple Crown sweeps, there’s nothing that can diminish what a Triple Crown winner has accomplished. Plus, even more than the Derby and the Belmont, in years to come people will still talk about the 2018 Preakness due to the fog and the sea of slop.

The Whitney was a close second. Few races have as much rolled into them as that August afternoon at the Spa. People will talk for decades about the weather and the delay in post time, but it was also a supreme feel-good moment for Violette and Evans, two men who shared a common bond through their multiple grade 1-winning horse and a battle with cancer. Looking back, it warms the heart to know that Violette was able to enjoy that last uplifting moment at Saratoga before passing.