NEW KENT, Va. (Sept. 9, 2019) – Sparked by outstanding participation from horsemen and racing fans, Colonial Downs concluded its 2019 race meeting on Saturday night punctuated by a lucrative daily purse structure, largefields, and an emphasis on horse safety and welfare for its participants.

Through the investment of the Colonial Downs Group, a subsidiary of Peninsula Pacific Entertainment, Colonial Downs experienced aThoroughbred ‘Racing Revival’ in Virginia after a six-year hiatus.

Total handle for the meeting exceeded $17.588 million for the 144 races that were conducted from Aug. 8-Sept 7. Daily average wagering handle wasmore than $1.172 million. Over the 15-day meet, there were a total of 1,229 starters representing 17 states, coming from not just the Northeast and Midlantic regions, but also attracting horses and connections fromCalifornia, Kentucky, Minnesota, Louisiana and Florida competing on the renown Secretariat Turf Course and the dirt track.

Average field size for the meeting was 8.53 horses per race conducted. There were no racing or training equine fatalities from the time the barn area opened on July 25.

The meeting was highlighted in its final two weekends by the return of the$250,000 New Kent County Virginia Derby (G3), which was won by Calumet Farm’s English Bee, and the $150,000 Fasig-Tipton Virginia Oaks, which was captured by Godolphin’s Carnival Colors. For the finale program on Saturday evening, more than $700,000 in purses were distributed, highlighted by five $100,000 stakes for Virginia-breds.

“On behalf of all of us at Colonial Downs, we are truly proud of ouroutstanding race meeting and the overwhelming response from our participating owners, trainers and jockeys and national racing media whoembraced the return of Thoroughbred racing for our fans here in Virginia and across North America,” said Jill Byrne, Vice President of Racing Operations for Colonial Downs. “We are equally thankful for the dedication and support demonstrated by our racing department, officials and our track maintenance team, which worked long hours with great efficiency inconducting a safe and successful racing program.”

A total of $6,406,400 was distributed in total purses during the meeting, and over $1.5 million was in stakes purses.

Among sweeping improvements to the facility this year were upgrades to the racetrack, including a new irrigation system for its world-renowned Secretariat turf course, renovations to the 1 ¼-mile dirt track, stable area and paddock, receiving and test barns and dormitories and a new jockey’s room kitchen.

“The Virginia HBPA, on behalf of all the owners and trainers who participated in Colonial’s meet, is absolutely delighted with its outcome,”said Frank Petramalo, Executive Director of the Virginia Horsemen’s Benevolent and Protective Association. “The purses were great, races were very competitive,  and the track conditions were outstanding. We couldn’t have asked for anything better, except maybe for a few more weeks of racing.”

As an incentive for horsemen this year, Colonial Downs introduced both owner and trainer participation incentive programs.  Each owner received $1000 per start for any of its horses which did not earn $1000 in that race, and each trainer received $300 for each time they started a horse. Colonial paid out $614,000 in owners incentive bonuses and $364,300 in trainer bonuses.

“We were very pleased with the way horsemen responded to our incentive program and our structural improvement to the facility,” said Allison Deluca, Colonial Downs Racing Secretary. “Establishing the highest standards in racing, coupled with a professional stabling environment for our trainers and their staffs, were our top priorities to ensure the highest quality and integrityof our product.”

Stidham and Jamie Ness led all trainers with 10 wins apiece, with Ness topping the leader board in purses with $293,040.

Trevor McCarthy led all jockeys with 15 wins and $777,590 in total purses. Horacio Karamanos, Daniel Centeno and Mychel Sanchez all tied for second, each with 13 victories. Karamanos led all riders in mounts with 101.

Colonial also established a mount fee schedule with a minimum fee of $125per ride, the highest in the mid-Atlantic area. 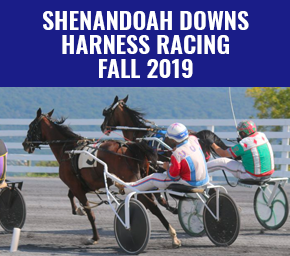 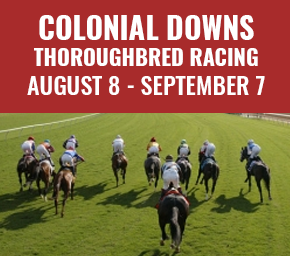 The VEA is regulated by the Virginia Racing Commission
©Copyright 2020, Virginia Equine Alliance