The following appeared in Thoroughbred Daily News on Saturday, January 15, 2022. Both Chowda and Lobsta are Virginia-Certified horses that spent six-month residencies at a Virginia farm or training center before they started racing. For each win in the Mid-Atlantic region, their owner gets a 25% bonus on top of the purse earnings they receive. 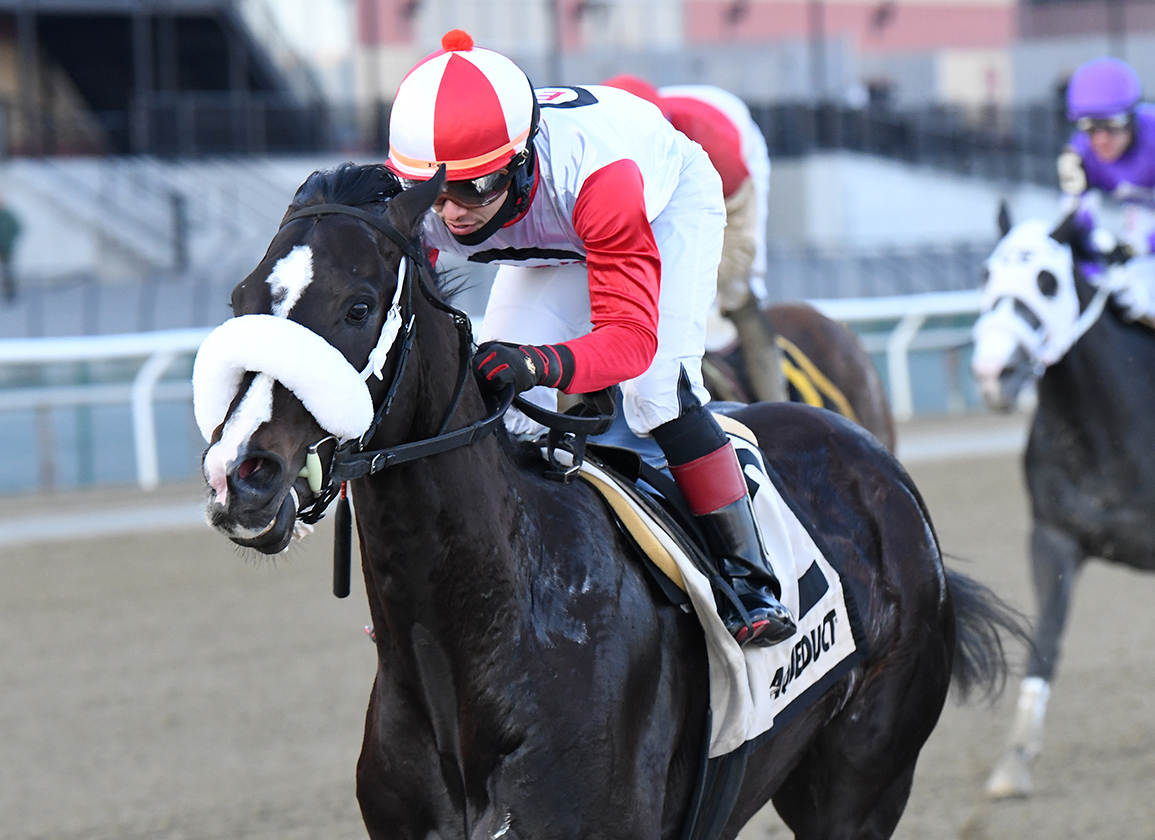 When John Jayko, the owner of Fedwell Farms, first approached Eddie Fazzone about an unraced New York-bred 2-year-old he had for sale, Fazzone had modest expectations. Fazzone, the owner of Eddie F’s Eatery in Saratoga Springs, didn’t have a lot of money to spend and the horse was by a sire, Emcee, who had never so much as produced a stakes winner. But the price was right and Fazzone was looking to expand his small stable. A deal was struck.

The again, sometimes these things work out a lot better than anybody could have expected.

The horse Fazzone bought from Jayko is named Chowda (Emcee), who won the 2020 Gander S. for New York-breds and has earned $207,368. The story gets even better. Fazzone and his trainer, Gary Sciacca, detected early on that Chowda had ability, so, before that horse had made his first career start, they went back to Jayko and bought his full brother. His name is Lobsta (Emcee) and he won his second career stakes race Saturday at Aqueduct when he was placed first through disqualification in the Say Florida Sandy S. He has earned $276,400.

“It’s a dream,” Fazzone said. “It doesn’t always take a lot of money to get a good horse. You see guys spend a ton of money on a horse at the sales and it never makes it to the racetrack. This goes to show you, you just never know.”

Fazzone was introduced to Saratoga early on, first attending the races there with his parents when he was a toddler.

“I just loved going to the track,” he said. “I was totally into it, and I always wanted to start my own stable.”

But first, Fazzone had to tend to his restaurant, which he opened in 2016 with his wife Lisa. Eddie F’s Eatery, described as Saratoga’s only New England Seafood House, continued to grow and in 2018 Fazzone was ready to open up a stable, which he called Eddie F’s Racing. His first horse was Wicked Macho (Macho Uno), who he claimed for $40,000 in 2018.

Emcee (Unbridled’s Song) won the 2012 GI Forego S. Upon his retirement, owner Darley America sent him to New York to stand at Sequel Stallions. In 2018, he was sold and relocated to Brazil. Chowda and Lobsta are out of the dam Salty Little Sis (Chief Seattle). Her biggest win came in a 2010 allowance race at Aqueduct.

After Fazzone acquired Chowda he ran a contest on his restaurant’s Facebook page to name the horse. He let his customers choose from among a handful of names and said Chowda was the easy winner.

Chowda won his third career start and the Gander in his sixth start. Lobsta broke his maiden in his second start, but looked no better than an allowance horse when going off at 28-1 in the Dec. 5 New York Stallion Series S. He pulled off the upset that day and came back to win the Say Florida Sandy after My Boy Tate (Boys At Tosconova) was taken down. Lobsta and Chowda have run against each other once, in the New York Stallion, where Chowda finished fourth.

Fazzone has nine horses in training. The list includes still another horse out of Salty Little Sis, the 2-year-old Oysta (Micromanage). Like the others, Fazzone bought him privately from Fedwell Farms.

His restaurant customers have taken notice of his success and some have asked if they can go in on a horse. Fazzone is happy to take on partners and is looking to build his stable. His next goal is to win a race in Saratoga, something he has yet to do.

“Going into this horse racing game, I knew that it was a tough, expensive hobby,” he said “We didn’t go into this with a lot of money and we’ve won three stakes races. It’s been a great ride.”