The following appeared in The Paulick Report June 30th.

At seven years of age, Madaket Stable, Ten Strike Racing and Steve Laymon’s Long On Value earned his first Grade 1 victory in Saturday’s Highlander Stakes at Woodbine Racecourse. The intact son of Value Plus ran down filly Lady Alexandra to win by about a neck on the wire, completing six furlongs over the firm turf in 1:07.13. Ridden by Florent Geroux and trained by Brad Cox, Long On Value’s win as the 2-1 favorite earned him an expenses-paid berth to the Breeders’ Cup Turf Sprint this fall at Churchill Downs. 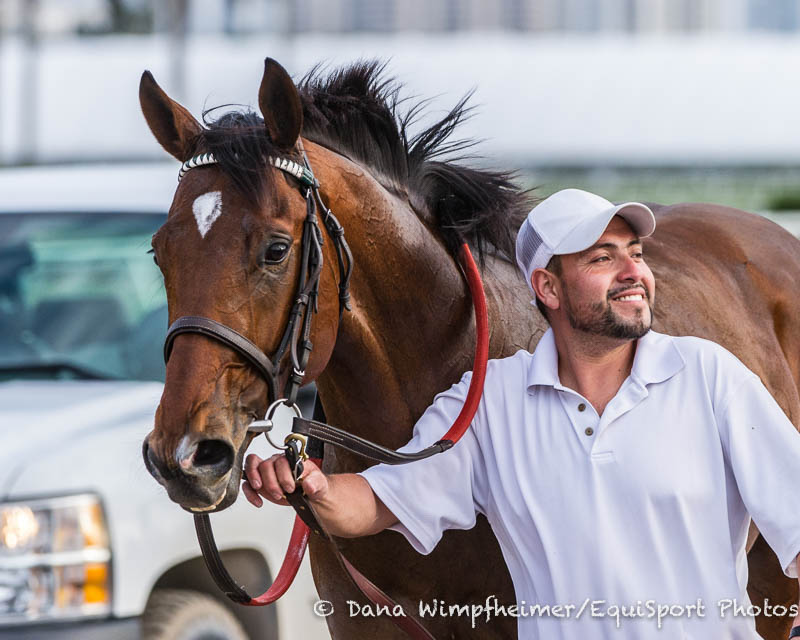 Both Axtell and Lady Alexandra pushed for the lead out of the starting gate, while Geroux allowed Long On Value to settle nearer the back of the pack down the backstretch. Corinthia Knight pushed up between horses to challenge Axtell for the lead, and those two clocked a first quarter in :22.44. Rounding the turn for home, Corinthia Knight and Axtell marked the half mile in :43.55, but Lady Alexandra took commanded near the top of the stretch.

Long On Value was wide around the turn, and seemed to hesitate a bit in mid-stretch, but Geroux got the horse to change leads and timed his rally perfectly to hit the wire about a neck in front of Lady Alexandra. Holding Gold fought traffic to finish third.

Bred in Virginia, Long On Value most recently commanded $100,000 at the Keeneland November sale. He has since won both of his starts for trainer Brad Cox, improving his overall record to nine wins from 32 starts for earnings of over $1.1 million.

For Brad Cox, it was his second straight victory in the Highlander. Last year, he won with Green Mask.

The Highlander now fronts a three-race turf series at Woodbine with the overall winning trainer earning $10,000 and the owner picking up $15,000. Points are awarded on a 10-7-5-3-2 basis for the top five finishers with other entrants getting 1 point.

New to the Paulick Report? Click here to sign up for our daily email newsletter to keep up on this and other stories happening in the Thoroughbred industry.
Copyright © 2018 Paulick Report.